On Wednesday November, 11th The Department of Sociology will host our second virtual colloquium of the fall semester, “Prison Resistance: Inside/Outside Movements to Transform U.S. Prisons”. The pandemic has exposed the abhorrent and deadly conditions inside our prisons. Join us as a panel of scholars and activists discuss the history of prison movements and their prospects for addressing the crisis today.

The event will take place from 5:00pm-6:45pm. Space is limited. Please register in advance.

Amani Sawari is a writer, founder of SawariMedia LLC, coordinator for Michigan’s Good Time Campaign to Repeal TIS and spokesperson for Jailhouse Lawyer Speak’s National Prison Strike and current Nationwide Right2Vote Campaign. Sawari is also a 2019 Civil Rights Fellow with the Roddenberry Foundation. She graduated from the University of Washington with her Bachelor degree in both Media Communication Studies and Law, Economics & Public Policy in 2016. Her visionary publications, including the statewide Motivate Michigan and the National Right2Vote Report, aid in distributing prison resistance movement updates and building community among participants in the prison resistance movement on both sides of the wall across 30 states. 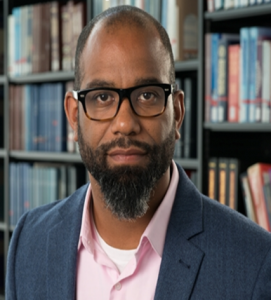 Reuben Jonathan Miller is a sociologist, criminologist and a social worker who teaches at the University of Chicago in the School of Social Service Administration where he studies and writes about race, democracy, and the social life of the city. He has been a member at the Institute for Advanced Study in Princeton New Jersey, a fellow at the New America Foundation and the Rockefeller Foundation, and a visiting scholar at the University of Texas at Austin and Dartmouth College. A native son of Chicago, he lives with his wife and children on the city’s Southside. 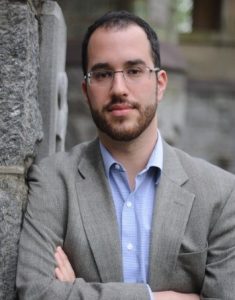 Dan Berger teaches at the University of Washington Bothell, curates the Washington Prison History Project website, and is the author or editor of several books, including Rethinking the American Prison Movement (with Toussaint Losier), Captive Nation: Black Prison Organizing in the Civil Rights Era, and Remaking Radicalism: A Grassroots Documentary Reader of the United States, 1973-2001.

Dr. Toussaint Losier is an Assistant Professor in the W.E.B. Du Bois Department of Afro-American Studies at the University of Massachusetts-Amherst. Prior to this position, he served as Vice Chairman of the Chicago Anti-Eviction Campaign. More recently, he has been a visiting scholar at Harvard University’s Charles Warren Center for Studies in American History and a Woodrow Wilson National Foundation Career Enhancement Fellow. He is co-author of Rethinking the American Prison Movement (Routledge, 2017) with Dan Berger and is preparing a book manuscript tentatively titled, War for the City: Black Liberation and the Consolidation of the Carceral State.

Ronald D. Simpson-Bey is a national leader in the movement to decarcerate America and currently working as the Director of Outreach and Alumni Engagement for JustLeadershipUSA.  (JLUSA) He is also a 2015 Leading with Conviction (LwC) Fellow with JLUSA and committed to cutting the national prison population in half by 2030. Ronald is an LPI Trained Leadership Coach and is a contributing author to the book, Smart Decarceration: Achieving Criminal Justice Transformation in the 21st Century. Ronald serves as the Vice-Chair for the ABA Criminal Justice Section Victims Committee; as a board member for the National Legal Aid & Defender Association (NLADA); as a board member of the Michigan Council on Crime and Delinquency (MCCD); a steering team member of the Michigan Collaborative to End Mass Incarceration (MI-CEMI) and Nation Outside organizations. He is an engaged, thoughtful, and creative leader, founding many enrichment programs rooted in transformation, redemption, and self-accountability. Ronald attended Eastern Michigan University, Mott Community College, and Jackson Community College. @BeySimpson, ronald@jlusa.org.